The Rending of the Veil of Double Consciousness

In the Souls of Black Folk, W.E.B. DuBois develops the concept of “double consciousness” – a paradoxical consciousness that embodies both absolute self-certainty and no certainty simultaneously. It is a state of consciousness behind a veil. “This curtain [of appearance], therefore, hanging before the inner world is withdrawn, and we have here the inner being [the ego] gazing into the inner realm” (Phenomenology, 211). Life behind the veil is expressed nicely in the opening chapter, “Of Our Spiritual Strivings,” where as a young boy in New England playing with white children, DuBois first recognized his double consciousness.

“The exchange was merry, until one girl refused my card, – refused it peremptorily with a glance. Then it dawned on me with a certain suddenness that I was different from the others” (Souls, 2).

In the Souls of Black Folk, Du Bois explores the life behind the veil for the vast majority of blacks, which suffered silently by a sort of internalized opression.

The youth of black folks had sunk into silent hatred of the pale world about them and mocking distrust of everything white, or wasted itself in a bitter cry: why did God make me an outcast and a stranger in my own house (Souls, 4). 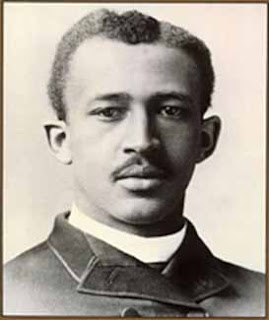 Yet the text is not concerned merely with capturing this double condition. Du Bois points towards the way out of double consciousness, or what he refers to as the “rending of the veil.”

Being the Harvard educated pragmatist philosopher that he was, Du Bois incorporated William James’ concept of voluntarism into his , but he had to develop a theory of Negro consciousness first. What Du Bois would find in the American pragmatist project, as well as the transcendentalist school of Emerson and Whitman was a reduction of consciousness to a passive experience of objects, a process not tied to any historical or cultural mode of difference. Du Bois sought to open these spaces for metaphysical teleologies and historicism to enter the discourse on consciousness in order to include black consciousness as a fundamentally different and distinct category of consciousness and subjectivity. As an undergraduate immersed in the pragmatist project at Harvard, Du Bois’ move away from pragmatism was evident in “The Renaissance of Ethics,” when he writes, “we must study, not my mind, but the great and universal mind, in its millions of manifestations past and present, using introspection.” (RE, Z).

In Souls, the moment of self consciousness in skeptical thought is a moment that presents a potential opening for the Negro subject, an opening where a perpetual transition between unity and disunity occurs. This transition in Du Bois is the lifting of the veil, where the Negro subject is revealed to the others as a nightmare, and his whole existence is under state of terror, “how does it feel to be a problem?” (Souls, 1). Paradoxically, this state of terror is the ground upon which the transformation of Negro self consciousness or the rending of the veil can take place (Dark Voices, 145).

Shamoon Zamir and Paget Henry are essential in understanding the radical reworking of Hegel that we see in Du Bois’ development of “double consciousness” and the veil. Although they differ on the role that consciousness plays in important ways about the way in which Du Bois accommodated the Hegelian transition of unhappy consciousness to skepticism, from the chapter on “Lordship and Bondage” in the section on master-slave in the Phenomenology. Henry argues that Souls represents the first work of Africana phenomenology, and that we should place Du Bois’ reading of Hegel in the company an existential phenomenological project aligned with that of Kojeve, Sartre and Fanon. Furthermore, Henry argues that Du Bois’ reading is internalized, revisionary and ground breaking as it alters “unhappy consciousness,” the central concept from which “double consciousness” is built around. Henry continues to point out that Souls develops a racialized Negro identity which defies any literal application to Hegel’s discussion of unhappy consciousness, rendering Souls as a work of general interpretation that only incorporates the broader contours of Phenomenology. Both Zamir and Paget agree that the master-slave dialectic was only tangentially incorporated into Du Bois’ concept of “double consciousness”, Henry argues:

As a racialized subject, the Africana individual remains very much within the terms of the master-slave relationship. Consequently, the above dualizing is not the source of the two poles between which the Africana subject oscillates. This subject moves not between a changeable “I” and an unchangeable “Other” but between two “We’s”. To suggest that “double consciousness” is a version of Hegel’s unhappy consciousness is not the same dilemma of Hegel’s unhappy consciousness” (Africana Phenomenology, 6).

In “The Concept of Recognition” in Hegel’s Phenomenology of Spirit, Robert Williams argues that the very concept of Hegelian spirit is constituted through reciprocal recognition. What occurs in the struggle for recognition in Hegel is a predicament where the master seeks to cancel the other as a means of preserving his original certainty. Autonomy, for the slave is an intersubjective process and unlike in Kant and James the slave had to receive autonomy not merely in an isolated way, but it had to be intersubjectively mediated. Furthermore, autonomy is an ethical conception, involving self-overcoming. The point of transcending the master-slave relationship can only occur when one puts their own existence at risk, and the willingness to place oneself at risk is the only way out of the confines of the color line. Du Bois’ challenge to the reader to break the confines and rend the veil requires a sort of reciprocal work. Ultimately, it is the white who suffers from the existence of the color line, “what the white finds behind the color line is finally, a mirror” (Dark Voices, 177). Du Bois’ vision involves a totally new social and intellectual contract, a new way of interaction amongst whites and blacks. Only through intelligence and sympathy across the color line will justice and right triumph (Souls, 130-131).

Winfried Siemerling, in W.E.B. Du Bois, Hegel and the Staging of Alterity argues that Du Bois’ project of lifting the veil is problematized when reading it in a direct Hegelian dialectic. Du Bois placed responsibility for “rending the veil” in a yet to be imagined America, where difference could operate as a surplus value able to merge double consciousness, or the Negro subject into a “better and truer self” (Souls, 365). Du Bois envisions a process of reciprocal recognition, but he has no model available to envision the day where the Negro would be a “co worker in the Kingdom of Culture” (Souls, 3). In Siemerling’s reading of Du Bois’ rending of the veil, or the loss of double consciousness, what is actually implied is a maintenance and separation of the particulars. Du Bois chose a form of assimilation into white culture that had never before been realized, a merging into a unity that reinforced the particular differences (Politics of Re/Cognition, 45-51).

The chapter “Of the Sorrow Songs” supports Siemerling’s argument, here Du Bois argues for radical inclusion and assimilation that restores differences, as he dreams for the day when black and white will be “co workers in the kingdom of culture” (Souls, 4). Du Bois’ prophetic call for a submerging of differences into a larger entity is premised on an assumption that an absolute transparency in which all contradictions are sublated could only be guaranteed from one universal standard, a distinctly Hegelian position (Du Bois, Hegel and Alterity, 34-37).

While Du Bois gained his notion of subjectivity and a theory of Negro consciousness through his encounter with Hegel, the influence also made an impact in terms of the ethical and political dimensions of Souls. Towards the end of Souls in the Afterward, we again see that the newfound understanding of perception involves a poetic imaginative capacity for both Du Bois, and the reader (Dark Voices, 194-196). In the pragmatist and transcendentalist mode of transcending seeing the other it is done through a “voluntaristic act of seeing” (Dark Voices, 196). Just as Du Bois had politicized consciousness, he had to politicize the capacity of seeing, not the immediate transparency of the world, but that in the hope that Souls would invoke a sort of “politics of transfiguration” the author [Du Bois] is able to transfigure the voices that have the power to lift the veil.

Indeed, the Negro Spirituals that end the book [Souls] contain within them the capacity to recuperate the threatened self confidence of the Negro and rend the veil of double consciousness. By adopting Hegel’s model for consciousness, his ethical platform of “assimilation” cannot be fully realized in the currently visible reason of the nation. The universal is America but she remains hidden and invisible, and the entire rending of the veil should be seen as the potential for the unfolding of the reason of the nation. Du Bois’ assimilation was an idealist merging into the yet to be realized conception of America.

Du Bois’ challenge to the reader requires an intersubjective task to rend the veil of an oppressive imposition for both white and black subjects in the Kingdom of Culture. The Phenomenology gave Du Bois a structure to fill in the passive and individualistic theories of consciousness lacking in the pragmatist school. To understand the development of Du Bois’ phenomenological project of Negro subjectivity and consciousness it is important to understand his position in terms of his entrenched American vantage point. The pragmatist and transcendentalist schools from which Du Bois remained heavily indebted to in terms of methodological orientation were radically altered and revised in the production of Souls. At the same time it was via the pragmatist methods that Du Bois combined Hegel and German idealism into his project.