The Abyss of Freedom: Schelling and Lacan

Before philosophers have even spoke about the idea of freedom and autonomy for the subject, they have relied on a certain view of human nature. This view argues that the subject is at harmony with some sort of organic, balanced state of nature. That the subject is dependent on an integrated organic foundation of subjectivity. This integrated, or more accurately ‘materialist’ view of human nature is put into question when we combine the seemingly disparate thought of Schelling with Lacan. When seen in a Zizekian parallax reading, Lacan and Schelling provide compelling philosophical arguments for embracing a different view of subjectivity – an immaterial view of subjectivity.

The subject in this view is founded on an inherent lack, or in the ‘abyss’ of their own conception of freedom. In The Ghosts of Substance Past: Schelling, Lacan, and the Denaturalization of Nature Adrian Johnston reveals how when combining the German idealist tradition of Schelling and the ‘abyss of freedom’ with Lacanian theories of ‘lack and symbolic castration,’ a startling interconnection between this relationship between nature and subjectivity is revealed. Instead of the birth of a subject arising out of organic balance, a reading of Schelling shows that the lack of an integrated organic foundation to subjectivity is the very grounding basis of the subject’s being (Johnston, pg. 36). 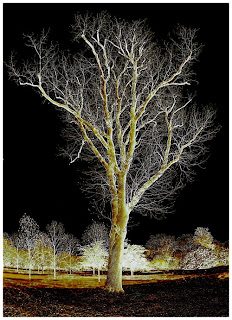 Schelling proposes that there never was a balance state of nature caught in some sort of placid equilibrium. Rather, Schelling asserts that the beginning of any movement is predicated upon negation. This founding negation is not to say that his ontology is founded on ex nihlio (as some argue that Lacan’s is) but Schelling claims that the universe is composed of different negative drives, triebs that become starting points for negation. This may become clearer when we look at how God originates to Schelling: “It is only in taking a distance from the drives trieb that God comes to be himself.”

In Schelling there is a certain point at which the subject is constituted on his own pathology not through the unconscious, but through the advent of a representational-structural mediation that permits subjectivity to arise as what detaches itself from and transcends the turbulent immediacy of the drives. Or put differently, the subject arises out of the negative drives, or forces of the natural world in a way very similar to that of Lacan’s subject of the unconscious. To Lacan, no subjectivity is possible without the creation of an unconscious (Johnston, 43). As Johnston points out, Lacan’s theory of the act can be considered a conscious act. The act of the subject in determining their own unconscious relation to the big Other is an autonomous act itself. Furthermore, both Schelling and Lacan identify the real as riddled with cracks – that upon realization in the real of desire. Schelling refers to desire as a primordial force within the material real. Ideal spirituality, initially incarnated in desire is simultaneously independent of and dependent upon real materiality.

Thus it is clear that Lacan’s conception of autonomy, just as Schelling’s is thoroughly denaturalized. This ‘denaturalized’ view has implications for human freedom. Since immaterial subjectivity arises out of heteronomy autonomy arises as an excess that cannot be reinscribed back into the ontological register from which it grew. ‘Being’ in Schelling gives birth to a non-being of a desire which, although it owes its existence to being, seeks to achieve a relative autonomy with respect to it.

Thus, the truth of Schelling’s idea of freedom consists in the notion that to encounter human freedom as an “abyss” means that freedom is a matter left to the unconscious. The very specter of freedom is barred from consciousness as a defensive design rather than for structural reasons. To Schelling, freedom is groundless, there is no normative principle, or transcendent law. This is the same to say in Lacanese that the “big Other does not exist.”

Heidegger reads Schelling in a very different way than would have Lacan, even though Lacan never dealt directly with Schelling. Heidegger claims that Schelling showed above all else that “the nature of man is freedom.” That the ground of human essence is the very lack of a grounding nature and freedom thereby arises. A materialist paradigm at one with nature and in harmony with the natural world is then ruled out as utterly inconsistent, and shot through with antagonisms if we accept Schellings fundamental premises.