One of the great apocalypses of the western imagination was the entrance of the romantic poets and writers of the early nineteenth century. The romantic universe was articulated by M.H Abrams with instructive erudition in his Natural Supernaturalism. Abrams reveals the limits and nature of the romatic world, and it is worth outlining that world before ever understanding the visions of romanticism and or the legacy. The distinct syncretic fusion of Christianity in a post-revolution world created the climate for an unprecedented intellectual explosion. 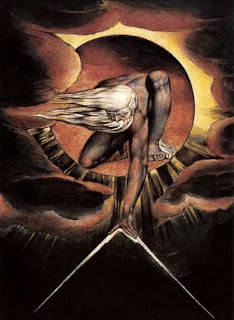 All processes and occurences move forward but also round and back, resulting in an inherent circulatity of argument and thought. Beginning with Wordsworth’s The Prelude for the first time in literature there occured a great consummation of mind and nature. This consumation, or marriage is a biblical testament to the power of redemption. The Prelude took our deep intuition of things in nature as coressponding to our souls. Each coressponding part was one with the whole of the cosmos, a marriage of Christian doctrine to neoplatonism.

Claims made in The Prelude anticipate our own age, for instance that man is alienated from nature and that he is divided within himself, from other men, and from his environment. The romantics merely adapted this thesis, which was based in a radical interpretation of good and evil and for the first time applied it to inner parts of the imagination, the soul and self.

Emanation is the burning fountain from which everything flows. Physical evil is associated with the farthests state of division. The neoplatonists moral sin or vice is said to be the matter of the body, which is the result of the fall or descent of man.

To this eternal process of immanent fall and return, we always go back to the One – to real being, or the source form which we came. The metaphor of the child father analogue and the parable of the internal quest for the spirit are central devices repeated in Blake, Coleridge and of course in Wordsworth himself. The order of return is always convergent upon itself and revealing unity in multiplicity, or chaos.

The romantics adapted three major aspects of neoplatonized Christianity:
1. the father becomes the perfection which is first principle, or absolute perfection and self-sufficient unity.
2. the falling away is always a falling out from the one. This brought about the idea that there is no eternal damnation, since all creatures and creation will return to the redemptive return to the divine unity.
3. a force of circuitous love- that holds the universe together and manifests itself to human awareness as the yearning to return to a radical undivided state.

The result of this neoplatonic influence was that the cause of redemption was a process of reintegration return, which reverses the results of the fall, in a cumulative reunion of male and female, bringing paradise to the world, heaven to earth and man, having reunited himself again and becoming spiritualized, man is rejoined by the creator in perfect unity.

A level of total union with the divine source can only be achieved by the mystic. The lord God is not even one because of sinners.