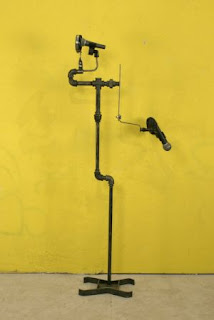 One Dimensional Man is the seminal treatise that propelled Marxist scholarship into a post phase. Marcuse develops the idea that the class war as we know it has become totalized into society, an extension of Marx’s notion of post-labor, or dead-labor. The way advanced industrial society deals with class is through equalization- where all difference based on needs and labor relations are enveloped through the ascension of the apparatus of society. Society is conceptualized as what can be interpreted totalitarianism in the form of an organic organizing tendency, or necessity for the organization of society. This apparatus has evolved via a process of rationalization, (a project of the enlightenment) where the central component of the neccesary organization of the society is conditioned and dependent for its very stability on repression.

Marx believed that for revolution to occur a shift from false to true consciousness could only happen within, or what he called “the space-within” the proletariat. In the post phase of history, this space has been barred, causing historical change to be inert. An example of this was beautifully put forth in Norman Mailer’s, Army’s of the Night during the famous march on the Pentagon, where a microcausum of differing identities, interests and agendas could not agree on the level of violence neccesary to over take the Pentagon and the entire event wound up as an anti-climactic pot smoking party in the parking lot. The means are terminally out of sync with ends, causing resistance against the establishment to be superflous, lost in a disunity, similar to Marcuse’s notion of Mimesis. Mimesis is a reification of the prevailing values and ideologies that are already constructed ideologies in the social order. These pre-constructed ideologies or, “set of operations” for thinking.

Outside of the Mimesis, several other important hypothesis are put forth in One Dimensional Man. I include amongst these revolutionary hypotheses the identification of an end to the master-slave dialectic. If all true liberation depends on a notion of servitude- and that notion has been eradicated by the ubiquitous power-establishment, i.e. society- then man in such a society is never fully able to overcome the prevailing critical standards that he is continually confronted with. Furthermore, if those standards are intrinsically repressive then man has reached a completely one-dimensional state of existence.

Marcuse’s discussion of introjection, or the process by which the external mechanisms of represson operate on the internal expression of the individual, is the most illuminating aspect to the revolutionary yet outdated One Dimensional Man. The theory goes; man in an advanced industrial economy has reached a level of evolution in his social consciousness (either Communistic or western capitalistic) where reason has outstripped the organization of society. What marcuse is arguing is that a level of man’s relation to his work has fundamentally changed with the onslaught of advanced automation and the rise of a technocratic elite who rule over all decision making, replacing the formerly identifiable tendencies of Bourgeoisie masters. This has resulted in the utter disintegration of the master-slave dialectic as a force in history- an actually very complex concept put forth initially by Hegel and then revolutionized with Nietzsche.

Ultimately Marcuse’s stance to modern man is based around a problem of thought. Man has lost his ability to escape the confines of an explosion of ideology, caused through introjection. Marcuse’s prescription for liberatortion is to launch projects that are focused on eradicating all traces of the infinite ideological systems superimposed on one’s self. The argument is standard Frankfurt School or second wave critical theory: thought has objectified itself and entered a realm of pure empircism. Concepts are identical to a coressponding set of operations, and each pattern of thought is never completely free- rather is based on self-validating hypothesis.