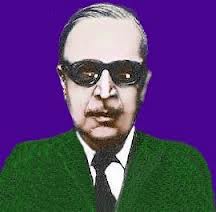 With Agamben’s recent invoking of Kojève’s idea of the Latin empire against the German dominance in Europe, and with the recent translation of the short manifesto on authority Kojève wrote amidst the Second World War, it is worth revisiting exactly what sort of theory of revolution Kojève was concerned with.

My review of The Notion of Authority: A Brief Presentation, published by Philosophy Now, looks at how revolution without the guarantee of the father’s divine authority is re-thought by Kojève. In short, I find this study on authority relevant today, but it must be put into conversation with psychoanalysis, something that Kojève did not examine. Below is a version of my essay.

Title: “The Amputated Father: Kojève’s Theory of Revolution and Authority”

The recent English translation of Alexandre Kojève’s, The Notion of Authority: A brief Presentation is an important addition to philosophical studies of authority and an essential text for understanding Kojève’s political thought. While Kojève’s influential lectures on Hegel’s Phenomenology of Spirit left an indelible mark on continental figures such as Jacques Lacan, Jacques Derrida and Jean Paul Sartre as well as American philosophers such as Leo Strauss, his text on authority was written primarily for a European political and diplomatic audience amidst the Second World War. The book presents a framework for understanding authority from a philosophical point of view, and a blueprint for thinking revolution outside of the model of what he names ‘divine authority.’ It contains a comprehensive introduction by François Terré, a jurisprudence and legal scholar who is responsible for the original French publication of the text.

Kojève’s study should be put into conversation with Hannah Arendt’s essay, What is Authority? and Herbert Marcuse’s Study on Authority, both of which provide important mid-twentieth century philosophical accounts of authority. Kojève’s study is less speculative than these other studies as it presents a clear definition of authority from metaphysical, phenomenological and ontological positions, and not merely a hermeneutical account of authority as found in Arendt and Marcuse. While Arendt and Marcuse favored grounding authority in the negative, Kojève sought a positive definition of authority, one that would be usable for his political present. The debates between Carl Schmitt and Walter Benjamin on the state of exception also informed the ideas of this text, and given the ongoing current interest in these questions, Kojève’s text remains relevant for a wide continental audience.

Kojève quickly moves to define authority in the opening of the text as, “that which can ‘react’, that is to say, that which can change according to what or who represents (‘embodies’, realizes, or exercises) Authority.”[iii] Authority thus belongs to the person who can effect change and not to the one subjected to change, which is why “authority is the possibility of acting without making compromises.”[iv] In short, authority is acting on others without those others being acted upon, despite their being capable of doing so. This definition of authority implies that a truly authoritarian act does not encounter opposition from those it imposes upon, and as such, authority is unlike a right, where opposition can be had.

With this framework developed, Kojève presents a brief, and perhaps incomplete set of ideas for revolution, which entails an overthrow of divine authority and for the proper balance of the different types of authority in this context. To perform this amputation of the father, Kojève re-defines the relation of the whole to the parts of society, and as such seeks to create a mode of authority that is not contingent upon social contract theory. Secondly, he proposes a new metaphysical combination of the authority of the judge with that of the master to overcome the authority of the father, which finally entails a temporal change to the status of authority this offers a new definition of revolution that is anti-utopian and no longer grounded on a future-oriented project or a divine foundation.

“We cannot speak of the Authority of the Whole over its Parts except in so far as society (or the State) is thought of analogous to an organism. It is therefore this analogy that must guide the phenomenological analysis of the Authority attributed to the ‘general will’.”[viii]

“The suppression of the Authority of the Father has a character that is unequivocally ‘revolutionary’: the ‘constitutional’ theory is born out of the spirit of revolt and revolution, and it generates the (‘bourgeois’) revolution in as much as it is realized.”[ix]

Paradoxically, it is through revolution that the authority of the father returns in bourgeois revolutions. The bourgeoisie want to forget their origins a commoners, to disown their shameful past and they amputate the father.[x] The amputation of the authority of the father necessarily leads to the emergence of the authority of the leader and this is the origin of the era of bourgeois domination. But ultimately, this present-oriented mode of authority fails because it is what Kojève calls “non-human”; it does not have a past or a future, food and sex are paramount and such a society will bring about the end of history as Kojève defined it in his lectures on Hegel.

Kojève’s vision of revolution is thus developed in an antithetical relation to bourgeois revolution, and entails a combination of the Master, Leader and Judge and the foreclosure of the Father. As Kojève states:

“The Authority of the Leader, isolated from that of the Master, takes a ‘utopian’ character: the legislation that is separated from its execution constructs a ‘Utopia’ with no ties with the Present (that is to say, it fails to remain in force in the Present), and it drags along with it in its downfall the Authority that has produced it – and, with it, the State itself in its ‘separated’ form.”[xi]

There is little of Kojève’s vision of revolution that is applicable to today’s revolutionary situation, and what he calls the ‘révolution nationale’ is proposed for the situation of Vichy occupied France. Revolution is thought dialectically in the idea of “a complete negation of the given-present” and one that is “carried out without any solution of continuity with the totality of the past.”[xii] This leader-directed vision of revolution is founded in a program that is both anti-utopian, because it is against the present, and also against the divine authority of the father as it refuses any return to a glorious past that would ground the meaning of revolutionary calls to action.

Importantly, one should not read this vision of revolution as identical to the conservative Révolution nationale implemented by Marshal Petain under the Vichy government, which held the motto of “Work, family, fatherland.” Kojève’s notion of revolution is anathema to Petain’s conservative program as it clearly remained tethered to the authority of the past and to the paradigm of the father. At the same time, the fact that Kojève supports a state that is founded on the “Master-Leader” authority model implies that the state must be founded on the risk of the master slave dialectic. While Kojève refuses to cede the authority to go to war with a single head of state or “Marshal,” it is a progressive sign that he places war-granting authority in the hands of what he calls the “manifest assembly,” a congress-like body composed by the people.

[ii] For further speculation about Kojève’s relation to psychoanalysis in this text, see Avital Ronell’s Loser Sons: Politics and Authority